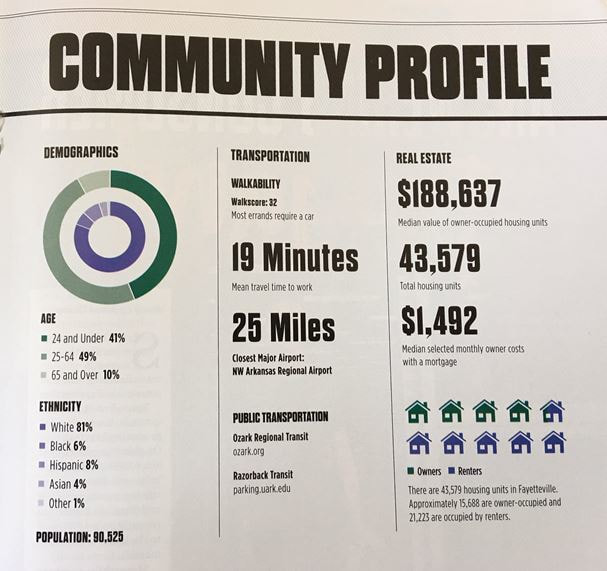 University of Arkansas that prides itself in:Wal-Mart Stores, Inc. which has multiple stores (Wal-Mart Super Center, Neighborhood Markets) and an optical lab in Fayetteville boasts the following:Tyson which has administrative offices in Fayetteville made great achievements: